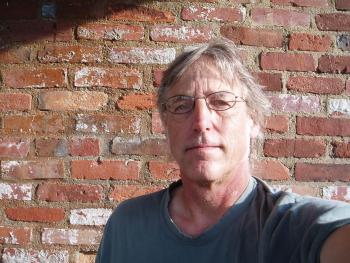 Rick Fordyce grew up in north Seattle near Mathews Beach.

He is the author of the iUniverse novel: Glen, about a Vietnam veteran who ends up in West Africa with the Peace Corps where his life ends.

He is also the author of: I Climbed Mt. Rainier With Jimi Hendrix's High School Counselor - And other stories of the Pacific NW, fiction stories of Seattle and the Pacific Northwest.

He lives in Seattle and Cape Cod.

Rick taught high school math and English with the Peace Corps in Ghana, West Africa, from 1978 to 1980.

In July of 1976, he summited Mt. Rainier with the former High School counselor of Seattle-born Jimi Hendrix.

He is known, near and far, for his African stew.

His most recent book is: On the Wide African Plain - And other stories of Africa. The title story placed third in the 2003 White Eagle Coffee House International Long Story Competition. An earlier version of the first story Away was published in Crab Creek Review in 1986 and nominated for a Pushcart Prize.