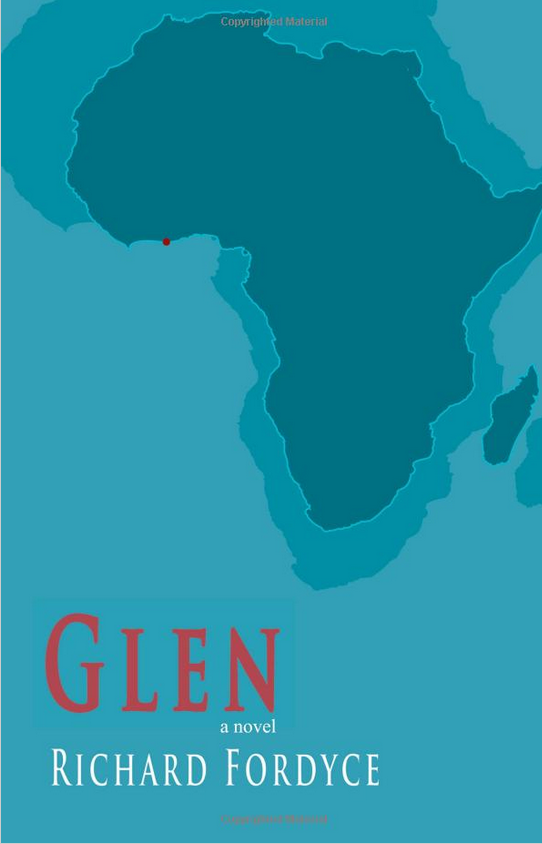 "The Peace Corps has no library. Even the Washington office does not have a single book shelf to treasure the work of its dedicated staff and volunteers who returned home to fulfill the Peace Corps' third goal, to educate. There are some one thousand known examples, yet not one official collection, not even in the Library of Congress!

So, buy Richard Fordyce's historical novel while it is available. Do not wait to check out a library copy because there is no Peace Corps library. Buy it now. Don't steal it. Like William Somerset Maugham's Razor's Edge , the author explores an era (1950-1980) by using a confused war veteran as the protagonist. In Maugham's book set during an eleven year lull between world wars, the protagonist journeys east where he meets a spiritual teacher who counsels that enlightenment may come through knowledge, service, or prayer. Maugham's protagonist chooses knowledge and achieves his goal while many of his materialistic American friends falter. Unlike Maugham's book which focuses on the struggle to find meaning in life, Fordyce's book portrays a young man caught so thoroughly in American society's web that personal enlightenment as a goal to be sought seems impossible. The protagonist wanders aimlessly through a life dictated by others without reflection. Contrary to Maugham's conception of Americans as an energetic people in constant search (whether it be for social eminence or enlightenment), Fordyce portrays Americans as burned-out reactionaries, victims of social forces beyond their control, men and women who measure their lives with hair styles, popular music, dress, brand names, and of course, television programs. While Maugham's book deals with personal decisions despite the world's insanity, Fordyce's book portrays a time when personal decisions seem impossible. It is as if an evil cloud has descended and made personal choice a series of accidents set in motion by outside forces. When describing the war, there is no discussion about ideas or empires, just dread. Likewise after the war the author describes "a great shadow (which) seemed to descend over Glen and Julie and the people they knew."

Whereas Maugham's protagonist and war veteran sets out to see the world alone, Glen (Fordyce's protagonist) joins the Peace Corps. "It couldn't be any worse than what I was doing in Vietnam. Might even make up for some of it." During my service (about the same time as Fordyce's) the country that I served in also included several Vietnam War veterans. They were generally silent about their war experiences, sometimes even evasive which gave the impression of penance.

This is an unusual book. The author has no desire to relive his own Peace Corps experience, explain perceived mistakes or lampoon those who were perceived as doing him wrong. Rather, he has created a literary construct to describe a people. This is an intriguing time capsule. Buy it!

Once you have purchased and read Glen, write to your U.S. Representatives, Senators, and new President to demand that they urge the Librarian of the Library of Congress to immediately begin a Peace Corps Special Collection of fiction and non-fiction. Books like Glen will serve future researchers armed with questions.

Review from the Chatham Chronicle, Nov 2008

Since 1988 Fordyce has divided his time between Chatham and Seattle, where he maintains a home. The story of how Fordyce initially found his way here is this: Back in the 1980s he was hiking in Seattle when he met the director of a head injury rehabilitation clinic in Hyannis. Fordyce, who has a degree in psychology, was looking for a change, so he moved to Cape Cod. After seven or eight months, when the job didn't pan out, Fordyce hitched his wagon to the construction boom. These days he makes his living from a small roofing and siding business (an occupation he says is ideal for a writer as its seasonal nature leaves him free to write during winters). Fordyce has been writing fiction for many years and "Glen" is told in four parts: Northgate Pacific NW; Vietnam; Longhair;and Africa. In Northgate, the home of the world's first mall, Glen comes of age. "Doing well academically was a true priority for the several thousand studentbody,especially amongst the men with the rapidly escalating draft, so the hardest drinking was saved for the weekends," Fordyce writes. The underage crowd drove an hour north into Canada, where the drinking age was 18 and the beer stronger. The Vietnam section of the book is the shortest. When Fordyce was in his late 20s, he joined the Peace Corps and taught high school math and English in Ghana, West Africa. In the Peace Corps he met a wide variety of people, including a number of Vietnam veterans, inspiring the novel.